Wahba is a Philosopher, Thinker and strong believer in secularization and enlightenment. Wahba defends the pursuit of philosophy against fundamentalism and extremism. Wahba is an advocate of democratic governance and human development, and a strong believer in international development cooperation, interfaith dialogue and criticizing fundamentalism. Wahba believes secularism is to encourage the masses to use their mind through critical thinking of the Divine Script and that intellectual critical thinking is the only way to liberate the minds and fight the fundamentalists around the world. 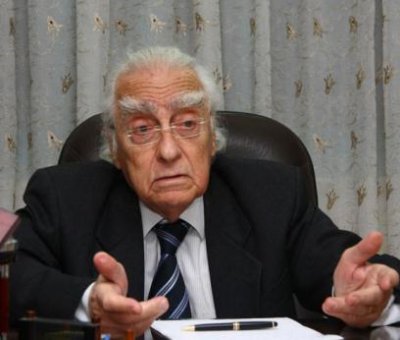 1-    “Secularization” is the contrary of “Fundamentalism”.

Secularization is thinking about everything in relative terms and not as an absolute reality. Whereas Fundamentalism upholds believes in the strict and literal interpretation of the scripture.

2-     Fundamentalism is whoever thinks owns the absolute truth.

3-    Averroes beliefs are dead in the Middle East and adopted in the West. This is what makes the West different and continuously progressing.

4-    Democracy is unattainable without Secularism.

5-    Critical Thinking: is the ability to create new future relationships and being able to change, challenge and criticize the status quo.

6-    Cheating is the highest level of the memory culture.

7-    The world’s development is merciless. Survival of the fittest.

8-    The inherited: was initially a vision for the future and was achieved at its best and remained in the past as it could not cope with the constant change.

9-    Terrorism is the highest level of Fundamentalism. The Nile Award is an honorary and prestigious award given by the Minister of Culture of Egypt (with the highest voting percentage) to the most recognized figure in the field of Social Science.

For enriching the Cultural Heritage in Lebanon and the Arab World, 2005.